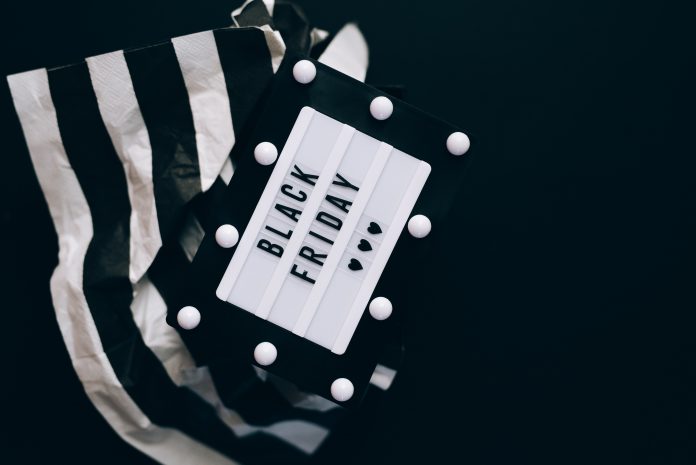 At the time of farewell to every year, a few major holidays knock the annual calendar for grand celebrations. Among these, Thanksgiving Day – the fourth Thursday of November and Christmas – the December 25th, are popular from a long time.

However, since the previous three decades, the Friday after Thanksgiving has taken rise. People call it the Black Friday, followed by Cyber Monday.

What Is Black Friday?

Black Friday dates back to the 1950s. The term coined by a police officer in Philadelphia was to describe the situation of crowd and traffic on the Friday after Thanksgiving.

In this era, the day after Thanksgiving is more of a shopaholic’s holiday. It has become a day that every retailer celebrates by offering the best Black Friday deals to buyers. Either you visit a brick-and-mortar store or explore the best eCommerce platform, this day brings discounts on both platforms.

As of this writing, your favorite Archer’s Sleepcentre is offering ‘30% off Sitewide’ on Black Friday 2021. Similarly, the most recognised pharmacy store in the United Kingdom, Chemist 4 U is offering Black Friday deals ‘Up to 25% off on medicines. Many of these discounts continue past Black Friday all over the weekend to Cyber Monday.

What Is Cyber Monday?

Back in 2005, Ellen Davis from the National Retail Federation coined the term ‘Cyber Monday’ to encourage people for online shopping. The event made its debut on November 25, 2005, and continues to happen annually on the Monday after Thanksgiving Day.

The founder discovered that eCommerce retailers came across a 77% increase in sales following the Black Friday deals. This sister holiday of the day after thanksgiving falls by the end of November most probably. Nevertheless, it can also fall into December’s 1st week if Thanksgiving Day happens late.

Also, reports believe that Cyber Monday sales numbers are most probably 25% higher than those of the Black Friday sales.

In recent years, the trend of Black Friday is becoming popular in more and more countries. Most of the major nations in the world celebrate November Last Week Friday in one way or the other.

For instance, in Europe, the United Kingdom, Germany, and France all began to celebrate Black Friday within the previous four years. Central and South American countries have also started to offer Black Friday deals.

Besides, South-Eastern Asia and China participate in this event too. Interestingly, 50% of Africa celebrates Black Friday in unique ways.

Is Black Friday Taking Over The World?

Amazon is the most popular eCommerce giant on the planet. It currently owns 12 marketplaces globally. These include the USA, UK, France, Germany, Japan, Canada, India, Italy, Mexico, Brazil, China, and Spain. Also, it is going to launch its markets in Australia and Singapore.

Each of these places celebrates Black Friday as a shopping holiday. Moreover, many countries are greatly affected by this e-commerce king.

The most interesting fact about the global spread of Black Friday is its increasing popularity in unlikely countries. For instance, the non-Amazon eCommerce vendors that offer Black Friday deals in Africa.

Jumia, better known as the ‘Amazon of Africa’ has its successful marketplaces in 12 countries in Africa along with Zimbabwe, Ghana, Nigeria, and Egypt. Likewise, there is Shoprite – one of the largest retail stores in Africa.

Smartly, this retailer has grown its presence in countries where Jumia fails to make a point. The websites of Shoprite offering the Black Friday deals are operational in Zambia, Lesotho, and Malawi.

What Other Shopping Holidays Are Globally Recognised?

Besides Black Friday and Cyber Monday, the world offers more shopping holidays to shopaholics. These include Singles Day and Boxing Day.

11.11 is known as the biggest shopping festival in the world by many countries. While it has not gained much popularity in every sector, Singles Day is slightly spreading all over the eCommerce industry.

Recently, the top 8 stores in the United Kingdom like Alibaba, Banggood, AliExpress, and more offered 11.11 Sale 2021. It is celebrated every year on November 11 and is seen as an anti-Valentine’s Day celebration.

Boxing Day has nothing to do with sports. In fact, it is one of the busiest shopping holidays that happen in late December. All the countries that once created the British Empire like the UK, New Zealand, Australia, Canada, and more celebrate Boxing Day on 26th December.

It is the day when tradesmen would collect Christmas boxes filled with gifts and cash. Nowadays, this day is famous as a shopping holiday similar to shopping Friday and Cyber Monday.

For vendors that belong to the eCommerce sector, the Friday shopping day offers big opportunities. The increasing passion of people to shop online for the biggest discounts results in huge revenue for retailers.

By opening their platforms for the Black Friday offers in 2022, retailers can enhance their sales this year. It is most estimated that you will find better electronics discount codes on Black Friday by departmental stores for generating big revenue.

Of course, 2021 is the year of Coronavirus and its side effects. Nevertheless, when business owners are shifting their profiles to the digital sector to stay afloat, Black Friday 2021 is an ideal time to analyze the benefits.

Build a Dreamy Land with Everything for Your Baby

Benefits of Smart Lighting System in the Futuristic Era

Seven Tips on How to Stay Fit & Healthy At Home

Apparel Deals Not To Miss This Year